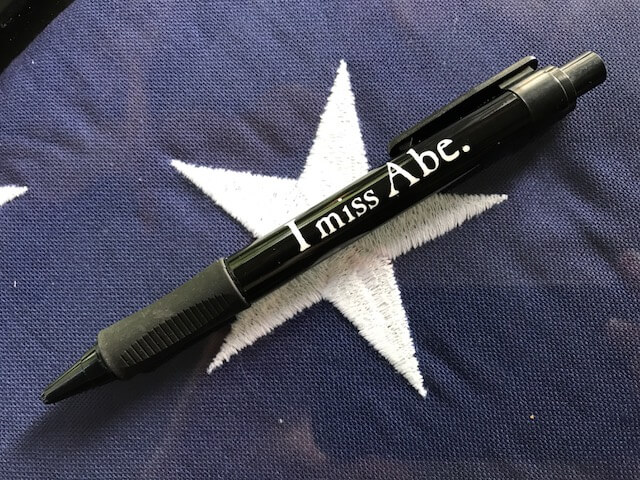 Two weeks ago our current president talked about what it means to “be presidential” and compared himself to the “late, great Abraham Lincoln.” “Hmm,” I said to myself. “Gotta check this out.”

So, here I am on the Lincoln Heritage Trail, where historical sites, tours, and re-enactments reveal what it means to be presidential.

Lincoln was born into humble circumstances. If I had time to visit Kentucky, I could show you how vague property laws caused constant law suits, which forced Thomas Lincoln to move. Instead, I’ll skip ahead eight years to when the family of four arrived on the Indiana frontier.

Thomas and eight-year-old Abe had to chop their way to their new 100-acre farm. 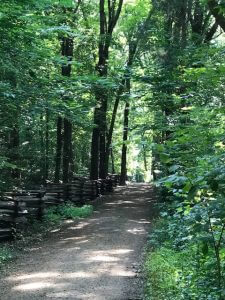 In Indiana, hard work forged Abe’s personality and character.  In his “spare time,” he read voraciously, which allowed him to self-educate when he couldn’t attend school. 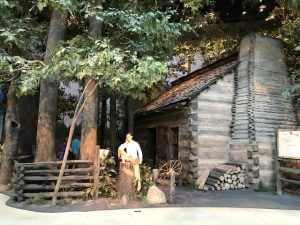 Industrious, he found several means to make money, including rowing passengers to the middle of the river to meet steam boats. A ferry company sued him at the tender age of 16. He won. Thus began his interest in the law.

He also tried his hand at shop keeping, where he earned the nickname “Honest Abe” because a woman overpaid him by a few cents, and he walked a long way to correct the error. 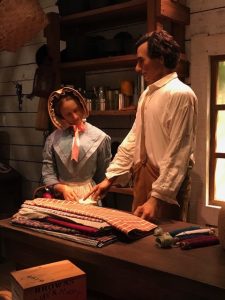 In the militia during the Black Hawk wars, Lincoln’s men voted him to the rank of captain.

Arriving in Illinois at age 21, Lincoln became a lawyer and served in the State House of Representatives when the capital was in Vandalia. 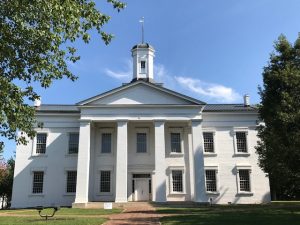 Here he showed his compassion with his first public statement on slavery in 1837. Yes at the young age of 28 he spoke out against racism and bigotry. By this time, he also served on the court.

Lincoln campaigned to move the capital to Springfield. 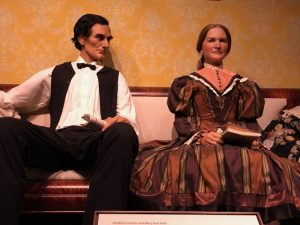 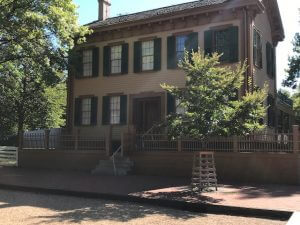 The only house he owned.

When considering his candidacy, the Republican Party sent an artist to sketch the house, inside and out, to see if he had enough class to be president. 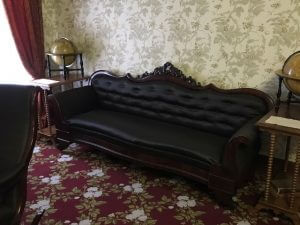 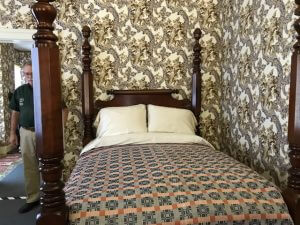 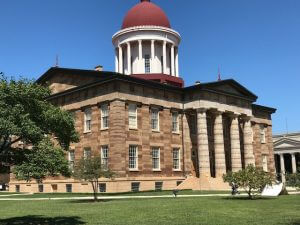 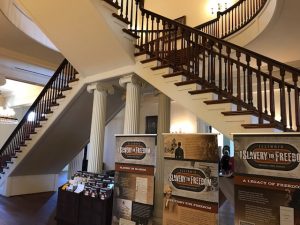 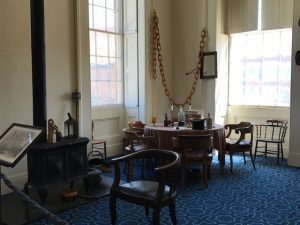 Lincoln organizes his presidential campaign in the Old Capitol Building 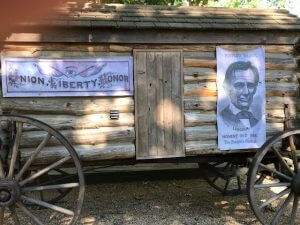 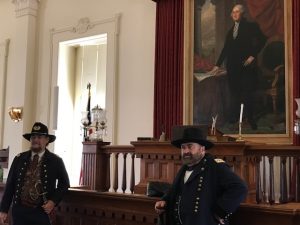 In the Old Capitol, Geneneral Grant now tells the story 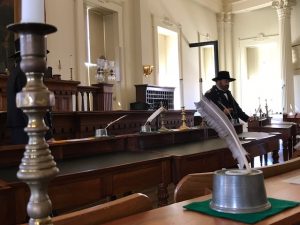 in the room where Lincoln lay in state

The highlight of the Lincoln Trail is the Presidential Museum. It walks visitors through his incredible life, and highlights his strength of character. 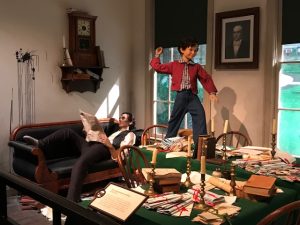 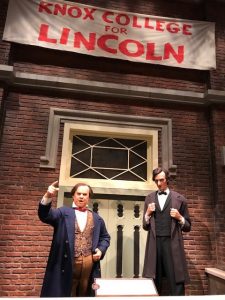 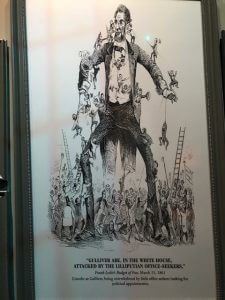 Despite vast legal and political experience, criticism wore him down. No one was ever satisfied. His actions either went too far or not far enough. 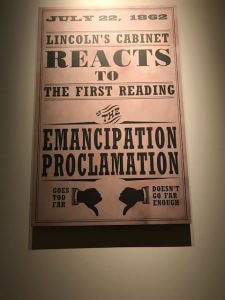 This is portrayed most painfully in the exhibit on the Emancipation Proclamation. As you walk down a hall of hanging glass panels, special effects cast ghostly faces, which hurl a barrage of complaints and insults at you as if you were Lincoln. Makes you want to turn and run. Glad he had the courage and fortitude to stand firm.

In private, he grew morose. In public, he took the high road, often responding with self-deprecation or humor.

Mary did not have such survival skills, and suffered even more. In Springfield, she was quite popular, throwing parties for 100 in her living room. Yet in Washington, she had rivals, particularly Mrs. Seward.

In public she was showy and elegant. In private, she remained in bed for days.

Despite the hardships, Lincoln’s integrity kept him true to his core values. 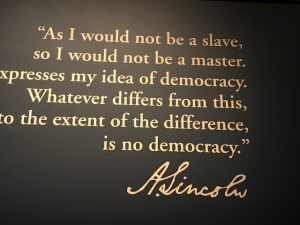 Frederick Douglass, often disagreed with Lincoln, yet still appreciated the burden of his mission. On the whole, he believed, no one else could have done what Lincoln did.

He was a great humanitarian.

Even after the Civil War, hatred continued. 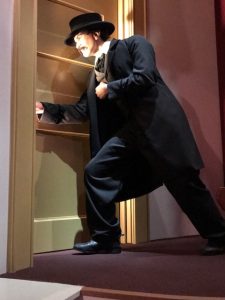 With Lincoln’s body laid to rest at the Old Capitol, Edwin Stanton, the Secretary of War, pronounced him “A man for the ages.” 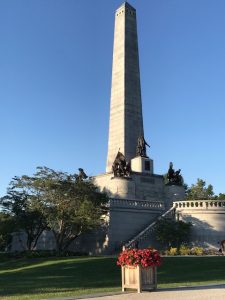 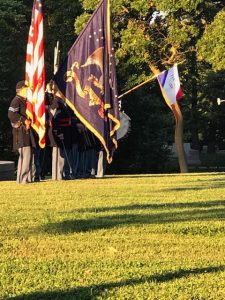 So that’s what I learned this week. Now I ask you: will our current president become a man for the ages?