KENNEDY SPACE CENTER: NOTHING IS IMPOSSIBLE 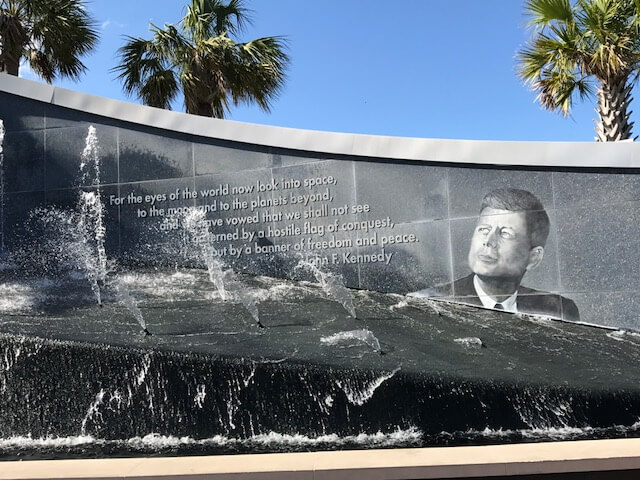 Stephen Hawking once said that humans have 1,000 years left on earth. This week, he changed that number to 100. Shocking, I know.

On my visit to The Kennedy Space Center last Friday, I learned that scientists who agree on earth’s limited future see escaping to Mars as an option for survival. And they’re working on it. 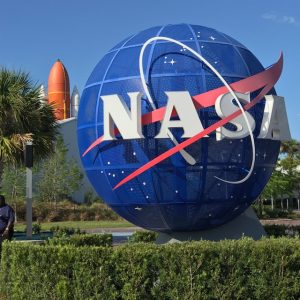 That whole issue got me thinking. Which is the purpose of this incredible educational complex. The KSC strives to perpetuate our existence through faith in American know-how and problem-solving.

A Look at the Past

I was lukewarm about visiting Cape Canaveral because I lived through the space race. I already knew the history, right? Shepard, Armstrong, Glenn … 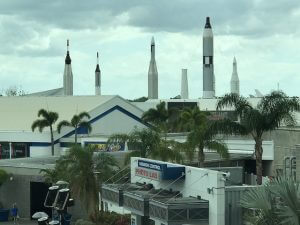 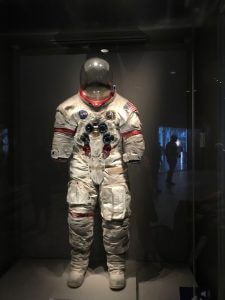 Yet, in thinking about the past, I was shocked to realize that too soon there will be no one left alive who walked on the moon.

The KSC looks as much to the future as it does the past. I learned that research on Mars as a place of future habitation has moved way beyond the realm of science fiction. If you read or watched “Martian,” you saw the kind of ingenuity required for survival. Who knows that stuff? To begin with, the author, Andy Weir, as well as modern scientists. Geniuses.

And speaking of genius, when you go to the KSC, prepare yourself to be blown away by other technologies, including pictures from the Hubble Telescope. Incredible!

On its website called Spinoff, NASA discusses over 2,000 technologies invented to solve space travel problems, products which have crossed over to benefit us on earth, from Velcro to computers to Pampers. Those who thought space exploration was a waste of money—like those who cut the budget—should go to this site to see if they could live without NASA spinoffs.

Though NASA is not currently launching spacecraft, it hopes to eventually partner with Elon Musk and his company, SpaceX, which, along with other companies like Boeing and Lockheed Martin, lease facilities at the Kennedy Space Center. In the meantime, the US partners with Russia, paying them $80 million a pop for each American astronaut traveling to the Space Station for research.

What drives Elon Musk and his Mars research is the need to preserve the human race. “By producing clean energy, recycling water and waste, and implementing other green solutions, we will work towards real sustainability.” The next SpaceX mission—on May 15—will not go to Mars. It will launch a global communications satellite built by Boeing.

Here’s the biggest revelation. The astronauts who will eventually lead missions to Mars—called deep space explorations—are in middle and high school right now. They don’t even know who they are. Yet we’re depending on them already. 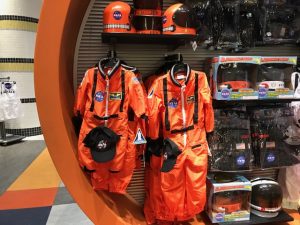 Kid-sized space suits are available at the gift shop.

Seeing the Kennedy Space Center Visitor Complex requires a full day. An excellent two-hour bus tour takes you around Cape Canaveral and shows you all the problems that were solved for issues like transporting a rocket just a few miles to the launch pad, preventing fires, tamping the ear-splitting volume of lift-off noise, or keeping alligators off the launch site. 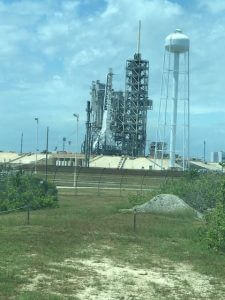 Alabama River Rock as a street base; curved anti-alligator fence.

You can see a set of very moving IMAX videos about the development of the space shuttle. (You’ll get a kick out of the creative ending.) In the late sixties NASA wanted a reusable capsule that didn’t splash into the sea. 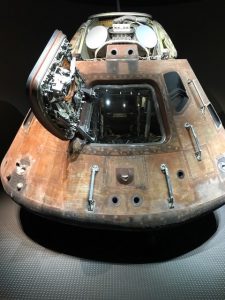 Of course they figured it out. 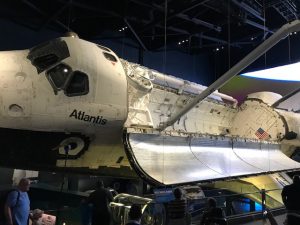 NASA intended to use the space shuttle for ten years; it lasted twenty-six. I witnessed the NASA jet flying (piggy-back style) the Space Shuttle Atlantis to its final landing place. At that moment, I wanted to jump out of my car and put my hand over my heart.

Back at the visitor center is a full exhibit on getting ready for Mars, including a display on the evolution of space exploration vehicles to maneuver planetary surfaces. 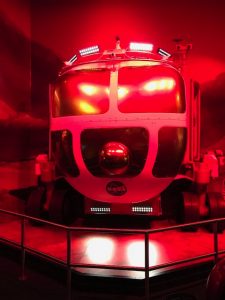 Don’t miss the incredible 1969 moon landing presentation (“a video with a technology twist”). It shows the footage of the near miss we never knew about. The “twist” will stun you with its creativity. 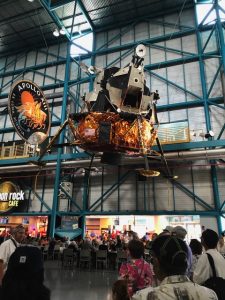 Each unique presentation underlines NASA’s main message: everything is possible in space and in the movies. 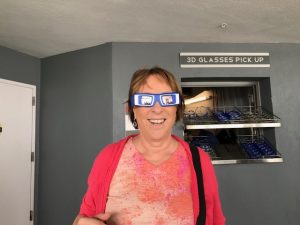 Growing up, I was filled with a spirt of hope, much of it due to NASA. But, Houston, we now have a problem. The American spirt seems overcome by doubt and contentiousness. We need to abort our negativity and take stock of America’s brilliant scientific innovations, accomplished through education, perseverance, courage, and faith.

A trip to the Kennedy Space Center Complex will restore your spirit and, more importantly, inspire your kids—because we need them!