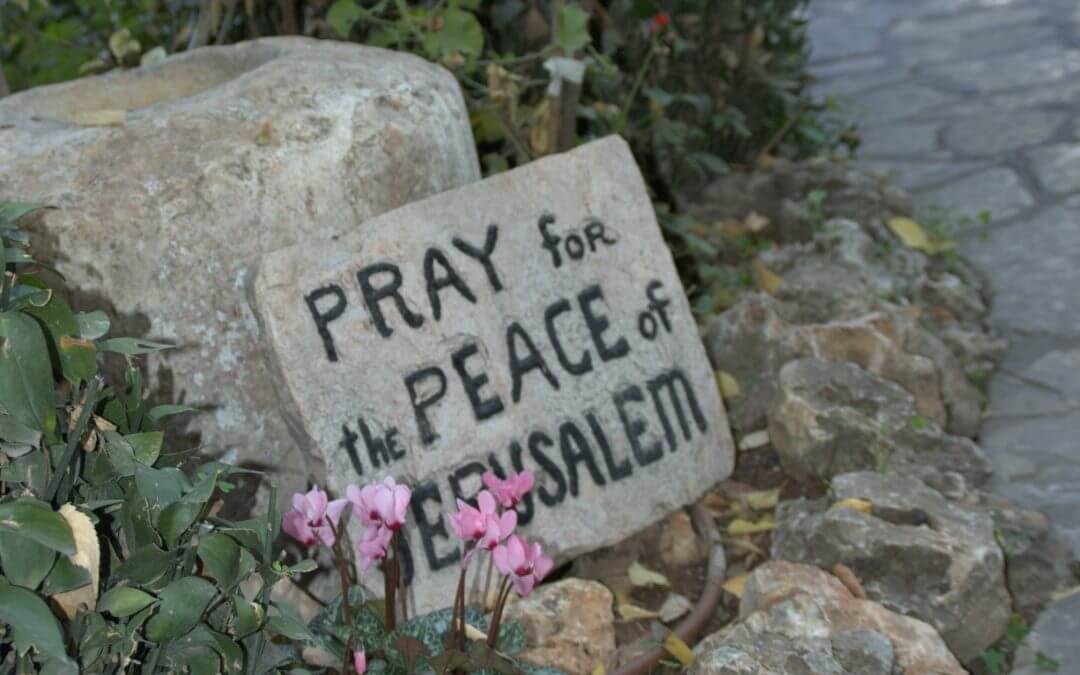 When I lived in Jordan, I drove the 55 miles to Jerusalem as often as I could. It’s a fascinating city on a hill, and I felt like I had to be there to know it.

Followers of three religions, all evolving from the Old Testament, live and worship among each other in the Old City of Jerusalem. Though the Old City is walled, inside there are few physical barriers separating the people. They pretty much flow from one section to the other, though you do need to pass through security to reach the Western Wall and the Dome of the Rock. 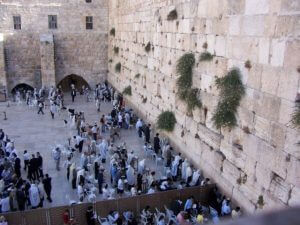 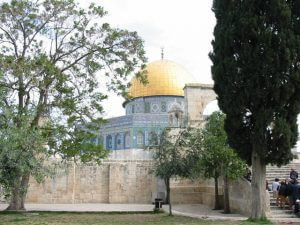 The noticeable barriers are mostly tension and mistrust. On my first visit, I was guided by a Catholic priest I met at a Thanksgiving dinner. The next day, he took my husband and me through the public and private areas of the Christian Quarter. The main holy site is the Church of the Holy Sepulchre, managed for the last 160 years, by the Greek Orthodox, Armenian Orthodox, and Roman Catholics and, to a lesser degree, by the Coptics. 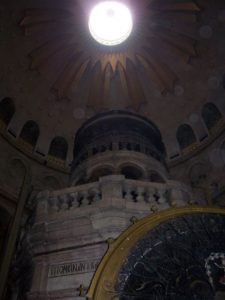 As we passed by priests from other denominations on our walk, our Franciscan guide would either smile or grumble. There’s even tension among the Christians.

And where are the Protestants? Outside the wall and down the street at the Garden Tomb, which they believe is where Christ was really buried and rose from the dead. 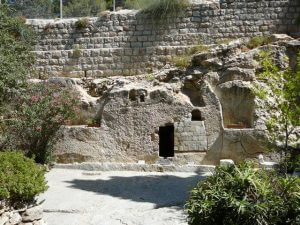 Though the U.S. Embassy warns Americans not to go to the Old City on Friday, it is the most interesting day of the week. And at that time, we didn’t know if we’d ever be back, so we saw it all.

Friday Morning, The Call to Prayer

In mid-Morning the narrow, cobblestone lanes are jam-packed with Muslims returning from the mosques and heading to their shops.

Friday Afternoon, The Stations of the Cross

At 3:00, Christians follow the procession along the Via Dolorosa (“The Painful Way”) where priests explain what happened to Jesus at each station of the cross. 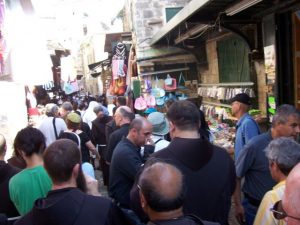 Station I begins near the Lions Gate at the Monastery of the Flagellation. Then proceeds to Station II at the Ecce Homo Convent, where Pontius Pilate gave his “Behold, the Man” speech, and so on. 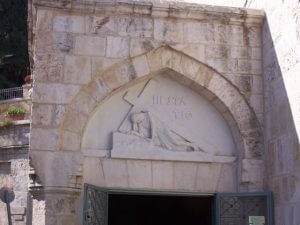 The Ecco Homo Convent, by the way, is an inexpensive and historically interesting place for tourists to stay—if you don’t mind being blasted awake by the predawn call to prayer next door. 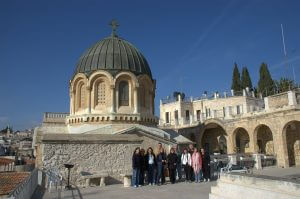 The procession safely winds through the Muslim Quarter—where the men have already opened their shops—and ends at the Church of the Holy Sepulchre. 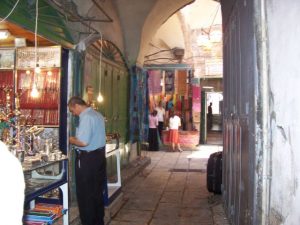 Friday evening, The Beginning of Shabbat

As the sun sets on the Old City Wall, you will see various sects of Jews, dressed in beautiful, traditional clothing, make their way to Shabbat Services in the Old City. Everyone walks because operating machines is prohibited on the holy days. 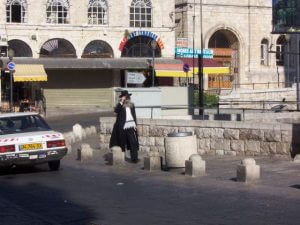 The miracle of all this is that these very different people carry out their religious lives every Friday without a hitch. Jerusalem is a beloved place to three religions—though, to me, the tension in the air feels stronger than the love. Still, The Old City right now functions more or less smoothly as a significant world religious capital, and I hate to see that change.

Talk about moving the U.S. Embassy from Israel’s political capital in Tel Aviv to Western Jerusalem is getting louder. Several other countries tried this in the eighties and quickly moved back to Tel Aviv.

It’s a symbolic gesture, the proponents say, and symbolism doesn’t really hurt anyone. Yet, on the heels of the controversial travel ban, this move will be seen as more than a symbol. The world already knows about America’s unflagging support for Israel’s right to exist. So, do we need another symbol, one which will inhibit America’s ability to serve as an honest broker for peace?

Is this “symbolic” move worth the risk of stirring up more animosity and upsetting the current peace, tenuous as it is? Jerusalem is an ancient, historic, and sacred treasure. I say we do everything we can to preserve it.