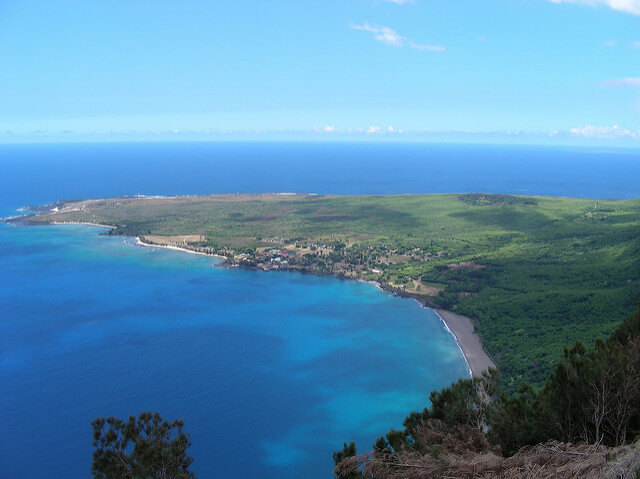 If you have an issue getting a travel refund, where everyone is saying,”No!” turn to your credit card company.

You Try to Do the Right Thing, But Sometimes …

Regular readers of this blog know that my husband and I spent 2016 on a noble quest: to visit as many National Parks as possible. The last one penciled onto our calendar—in December—was the Kalaupapa National Historical Park in Hawaii.

On a remote peninsula is an old leper colony, from 1886, still housing a remaining few, noncontagious residents.

You learn all about the courageous and loving priest, Father Damian, who managed the colony for 44 years until he eventually succumbed to leprosy, himself. The visit is supposed to be a fascinating and spiritual experience. We were looking forward to it.

After booking our main hotels on Kauai and Oahu a year in advance, we booked our flights in late summer. Our schedule involved a logical progression from Kauai to Molokai to Honolulu. As usual, we planned to book our tours once arriving on the islands.

Because Molokai doesn’t have the best hotel accommodations—the island really belongs to the locals—we planned to rent a car and visit the park in one day. Molokai is small, and our map showed the National Park as not that far.

What! You Can’t Drive to Kalaupapa?

When we researched rental cars, we learned that you must hike or take a tour to Kalaupapa.

Several companies offer all-day mule trips, or you can hike downhill (and back) about 1,700 feet in elevation. The warning says a person must be physically fit because the single trail is treacherous and rated as Level 4 by the National Park Service. Our knees didn’t like the looks of the trail. Our wallets didn’t like adding $209 to the $130 flight, equaling more than $339 per person.

But we were willing to do it if the Airline schedule meshed with the tour schedule. It didn’t. We would need to change our flight and book one or two overnights at one of the limited-star motels.

So then we looked at flying into the park. There is a one-day trip from Oahu, a package flight and tour for $364 a piece.

Please Don’t Charge Us for a Reservation Change

No matter what we decided to do, we would have to first cancel or change our original airline reservation. The problem was that our ticket was nonrefundable.

But we tried anyway since we were still within 24 hours of making the reservation. The Airlines said that we could not get a refund because we had gotten a special price. We were annoyed, so we let it ride for a while.

Still disappointed at Thanksgiving, we began research again for Plan B. Lo and behold, that “special price” advertised in the summer, was still the same—it appeared to be the regular price. So we asked for a change again. When they insisted that we buy another ticket, we decided to take the hit. We just couldn’t justify buying another airline ticket and adding $130 to what would already be an accumulated sum of $339/per person.

Visa Card to the Rescue

Finally, we went to our credit card company’s Cardholder Services and filed a dispute form. They worked it out for us, but not until we had returned from Hawaii. We got all of our money back because we could prove that we tried to rebook immediately, that the airline and ground tours were not coordinated, and that there wasn’t really a “special price.”

We still didn’t get to see Molokai, but you can’t sneeze at extra cash back during the holidays.