WHY YOU SHOULD TRAVEL THE BACK ROADS 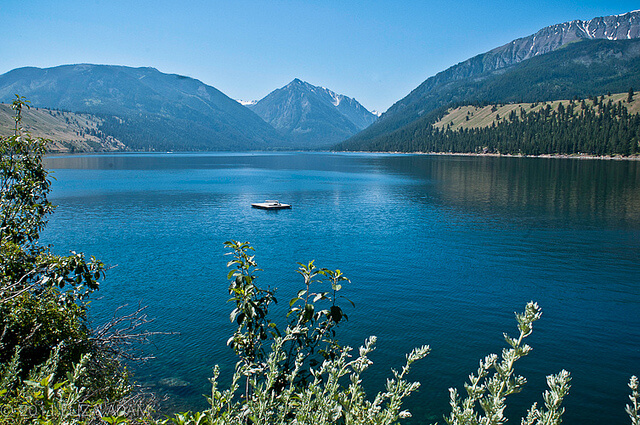 It’s a straight shot from Yellowstone to Seattle once you hit I 90, but only take that route if you don’t like history and you don’t want to be inspired by the meeting of Lewis and Clark and the Nez Perce.

My husband and I exited I 90 at Butte, Montana, right where the Lewis and Clark Trail crosses the freeway. We drove southwest a bit and then northwest to Lolo, Montana with a stop at the Big Hole National Battle Field (see below). 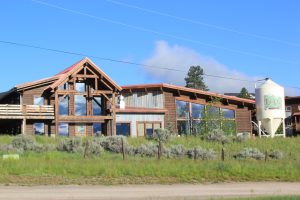 Lolo is a quaint little town near the Bitterroot Mountains, the perfect place to rest and dine at the Lolo Peak Brewery before an early morning start for Lolo Pass. Historic Highway 12 is the closest approximation of the original Nez Perce Trail (now unpaved Forest Road 500) and runs along the rough and shallow Lochsa River. Lewis and Clark’s Corps of Discovery used the Nez Perce Trail as a way west. Today Highway 12 gives you a feel for the topography they experienced and whitewater rafting if you’re around in May or June. 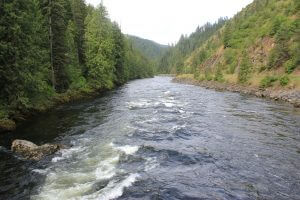 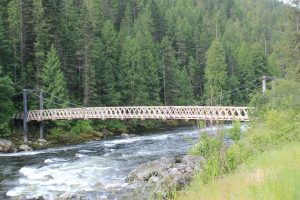 Before climbing into the Bitterroot Mountains, we saw plenty of game on the road. 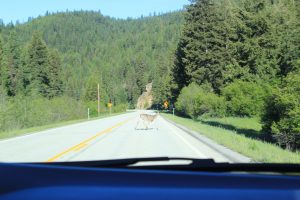 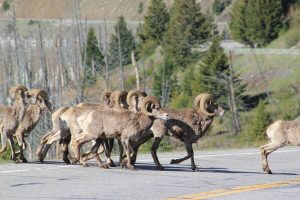 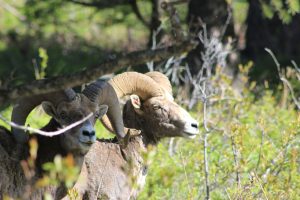 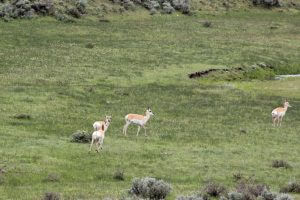 But higher up, nothing. Which explained the dire conditions encountered by the Expedition on its eleven-day crossing of Lolo Pass. In 1805, September grew cold and snowy fast. The Bitterroot Mountains were bitter that year. With slow progress and no food sources, both men and horses grew weak, necessitating the consumption of three colts.

“We have always been here.” Nez Perce 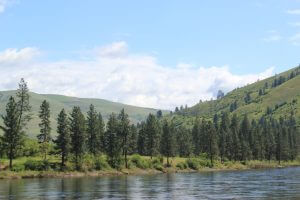 When the Expedition descended into the valley at the Weippe Prairie, they met the Nez Perce, whose original name was not about pierced noses but about being “the real people,” the Nimiipuu.

The tribe welcomed the starving band with dried buffalo, bread, and fish. They rested among “original people” until they gained strength and learned how to burn a log into a canoe. With the help of Sacajawea, they developed so much trust that they left their horses with the tribe for safe-keeping and set off on the Clearwater River in dugout (burned out?) canoes.

In May, 1806, they collected their horses, rested again with the Nez Perce for over a month, and shared their technology—magnets, spyglasses, watches, and air guns. They left grateful and promised a “productive relationship” with the U.S. Government.

The Plus and Minus of the Lewis and Clark Expedition

Here on the Clearwater River is where the story turns dark, where erosion begins, not of land but of values. After cruising the hopeful, heroic path of the Corps of Discovery, we were suddenly confronted by the sad, life-or-death exodus of the Nez Perce from their homeland of thousands of years.

Several members of the Corps of Discovery kept excellent travel journals, and their publication caused a migration to the Northwest. First came the missionaries, then the fur trappers, farmers, gold miners, and problems. To avoid conflict the peaceful Nez Perce supported the treaty of 1855, which designated all of their land as a reservation. When gold was discovered on their property, a new treaty in 1863 reduced their land to one-tenth its original area.

Why did you kill us?

Many Nez Perce, including Chief Joseph and Chief Looking Glass, did not sign the 1863 treaty and refused to leave their land. When the government dispatched General Oliver Howard to force them onto an Idaho reservation, some overzealous young men killed four white people, and everyone had to flee. Once during a Nez Perce rest stop, soldiers hid in the reeds along the Big Hole River and launched a surprise attack at sunrise. 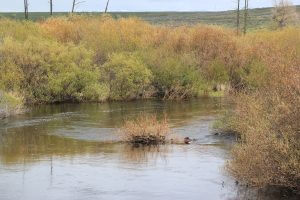 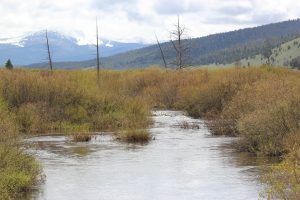 Technically, the tribe won this battle by capturing the military’s howitzer, injuring the commanding officer, and escaping. Yet, losing 60 to 90 people, most of them women and children, did not feel like a victory. 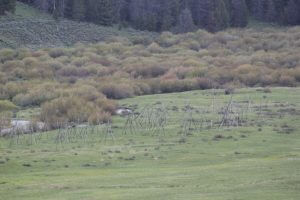 Today the National Park Service commemorates the battle with a haunting scene: a village of bare teepee poles. The scene is worth the hike to the river.

“My heart is sick and sad … I will fight no more forever.” Chief Joseph

After dragging the ailing and injured as far north as Bear Paw in Montana, the valiant Chief Joseph, surrendered, not because of defeat but because of exhaustion. Though he admired the chief greatly, General William T. Sherman put him on a train heading toward eight months in Leavenworth Prison and then seven years on a barren reservation in Oklahoma. He was finally permitted to return to the Northwest, where he died, his doctor said, “of a broken heart.” 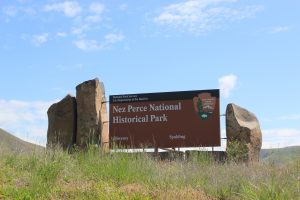 At the west end of the Nez Perce Trail is the Nez Perce historical site in Spalding, Idaho. Here the history is presented in a beautiful video and an interesting shop. You’ll meet Nez Perce people, who answer questions, point out the birds nesting by the visitor center, and explain the tribe’s current efforts to reintroduce the California condor, which lived in Hell’s Canyon until the mid-1800’s.

The National Park Service has published an Auto Tour Guide of some 1500 miles and 38 historical sites on the Nez Perce Trail.  The information is available to you. So get off the freeway and find that empty road full of history.

Your comments are welcomed below.