WHY EVERY TRAVELER NEEDS A WRITER’S NOTEBOOK

Every traveler, writer or not, should carry a writer’s notebook. You never know when someone will ask for travel advice, and you’ll want to be specific. You never know when you might write about it. Most of us don’t have the foresight of Hemingway, who began his notebook habit at age eight when the sage in his head told him: you are destined to travel and write. Most of us just never know what opportunities lie down the road.

A writer’s notebook jogs your memory.

If you start to write, you’ll quickly realize that the neither the details nor the topics arrive when you need them, like when you’re perched at your computer, fingers arced in ready position over the keyboard. No. They sneak up when you’re not looking. When you’re driving somewhere, watching TV, reading, or even, for me, when asleep. So if our house goes bump in the night, nope, it’s not that. It’s a big idea gently delivered on the wings of darkness and me, scrambling around to capture its essence before it drifts away as easily as it came. 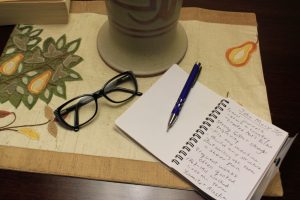 That’s why my nightstand holds a writer’s notebook and a pen with a lighted ballpoint, the perfect Christmas gift from my writerly friend, Jes. 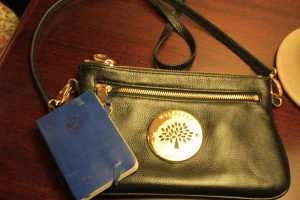 And so does my purse. My notebook follows me everywhere. It’s not a journal, mind you. It’s small and portable, just right for lists of words, or dates, or topics. While traveling, I listen for locations that I might want to write about. I also collect names of towns to use for settings and characters in future novels. The protagonist in my current project, Hamilton Lange, got his name while I was driving through Canada.

When you’re walking through a town or park you want to write about, it’s important to record not only what a place looks like—colors, sizes, numbers, composition—but how it feels to you, the temperature, the smells, the sounds,the roughness of the terrain, the mood it creates. Like on this beautiful balmy night on Maui. 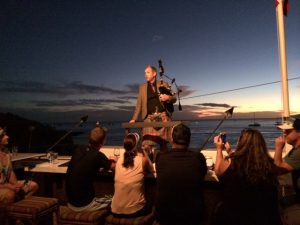 In Hawaii one expects ukelele music, so it’s quite a delightful surprise —especially for we Scots —to hear a Scotsman pipe down the pink sun on the rooftop of Mick Fleetwood’s restaurant in Lahaina (while still savoring the oysters and Chardonnay from the dollar-per-oyster happy hour.) 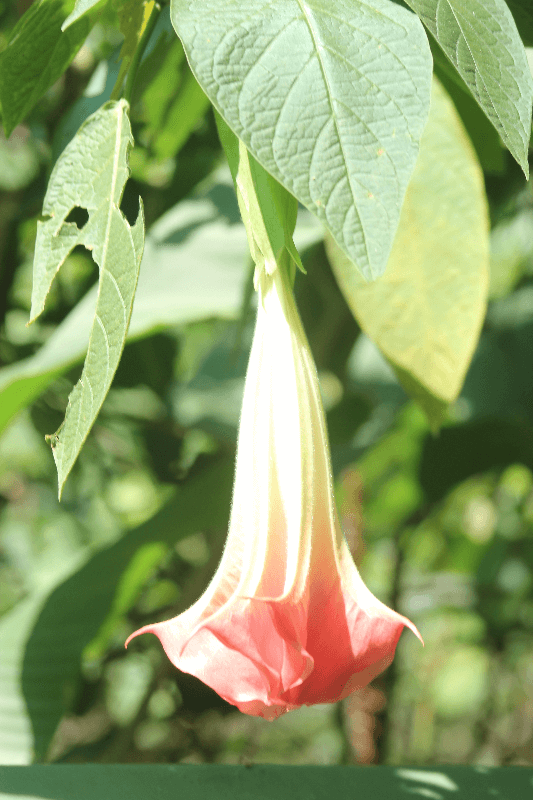 How many times I have a taken a picture of a beautiful flower like this (could it be some kind of trumpet?), 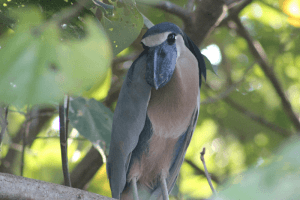 or of a rare bird like this ( could it be some kind of heron?), 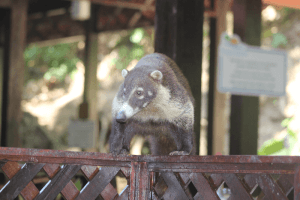 or an animal like this (could it be a coati?) and then forgotten its precise name? The moral of the story is even if you go on a boat trip (this one was in Costa Rica), if you can’t carry a writer’s notebook, take notes as soon as you return to dry land.

A writer’s notebook is just as handy for non-writers. You never know…

Many famous writers started out as just curious people with pens and pads.

John Muir loved hiking and nature. The week after he quit his factory job, he walked from Indiana to Florida, jotting down fascinating details along the way. And the more he jotted, the more fascinated he became. While living in Yosemite, he described seasons, drew plants, and recorded glacier theories. 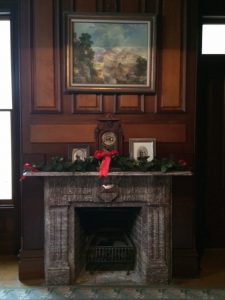 He never dreamed he’d end up writing travel stories for the newspaper and persuasive letters to Congress. He’d always hated to write. Writing, he said, was like “the life of a glacier; one eternal grind.” Having detailed notebooks saved him a lot of grief.

Muri did his formal writing at his home outside San Francisco. He’d scatter his notebooks, drawings, and drafts across the living room floor and nervously pace around them until he collected the best words and phrases.

Young Samuel Clemens started the notebook habit when he could not remember all of the instructions in training to be a steamboat pilot on the Mississippi. His notations evolved into masterpieces of literature. And I’ll bet a note or two included a mark and a twain.

George Lucas, also, noted words that became names. In an early job of mixing movie sound, he had to keep asking for Reel 2 Dialogue 2. He loved the ring of it and wrote it down: R2D2.

I didn’t know what the future held either.

Years ago, I had no inkling I would ever write travel stories about distant lands or thrillers about dictators. But my old notebooks foreshadow as much. They reveal my surprise at how quickly the U.S. changed allegiance from the party boy, Ferdinand Marcos to the serious Corazon Aquino. My anger at the greedy Mobutu for passing unfair laws in the Congo, which required expats, like me, to pay expenses that were the really the government’s responsibility. My fear of being surrounded in the middle of the night by a crazed religious cult along the Congo River. 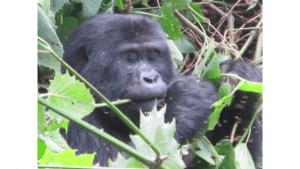 And yet my joy at communing with the gentle mountain gorillas in that very same country. NB: Real gorillas are really much sweeter than the ones in the latest Tarzan movie.

It’s so beneficial to have a record of what the life and scenery were like at a particular time and place, and, more importantly, how it made you feel, which is what your readers and your friends really want to know.

A writer’s notebook is priceless. Invest yourself on its pages today.