What Color Is Desire in Southern Oregon?

Waterfowl breeding season in Southern Oregon is a colorful affair. Lots of locals are in mating mode this month. Others fly in just for the occasion. 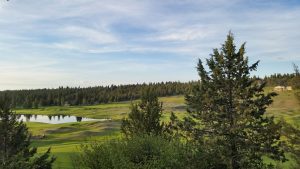 from Helen Henry. The view from our suite.

Last week my friends and I drove in for the occasion and parked our suitcases at the Running Y Ranch, a beautiful golf resort on Klamath Lake. 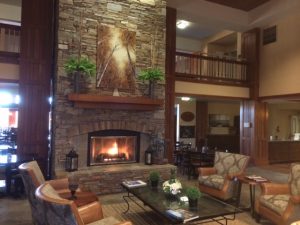 The next day we drove south to State Line Road to check out the dating scene that unfolds below Mt. Shasta. 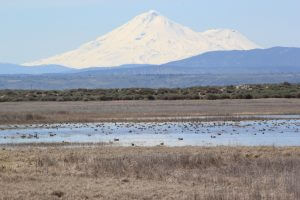 Lower Klamath National Wildlife Refuge is America’s first public refuge for waterfowl and was set aside during the Roosevelt Administration in 1908. 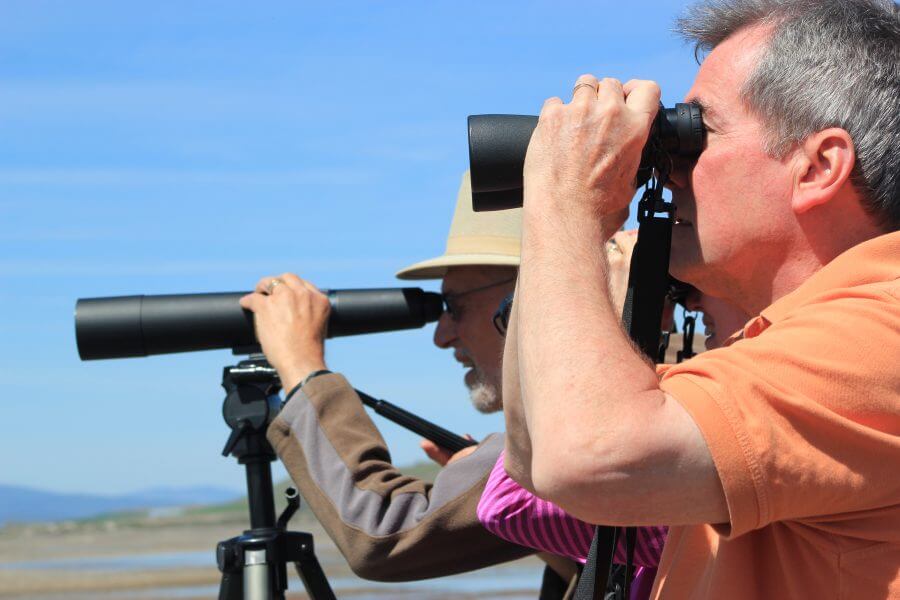 Here is our group in the serious birder ready position. 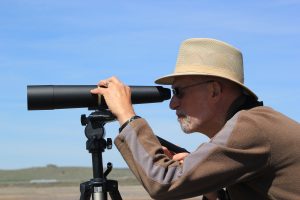 Here is Hank Henry with the equipment every serious birder should own. 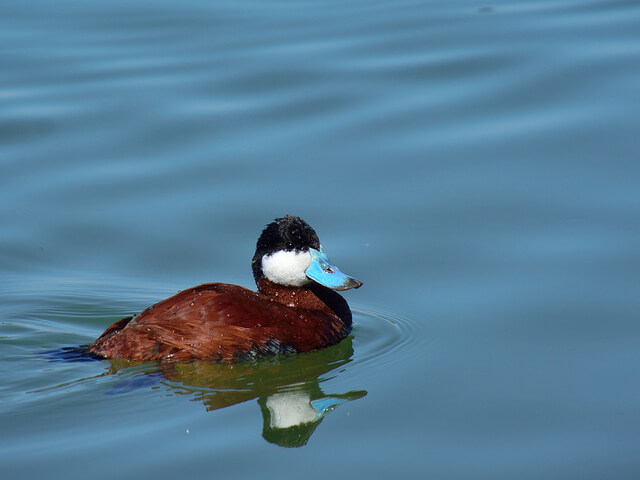 Let’s say you’re having a drink at your neighborhood pond and suddenly a ruddy duck paddles in your direction. Wouldn’t you like to know his intentions up front? He looks familiar, but something’s new. Oh yes, it’s the blue beak. And that’s the giveaway—he now longs to be more than just a fair-feathered friend.I kept hearing a meow, and I feared a cat was on the prowl. Turns out, that was the ruddy drake’s mating call. Go figure.

But you didn’t know because you’re not a ruddy duck. 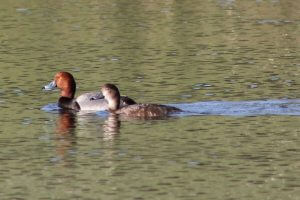 And so you’re just not that into him, birds of a feather and so forth. In another corner of the pond, you spot your ideal mate: a redhead, and he has a blue bill, too. Timing is everything. 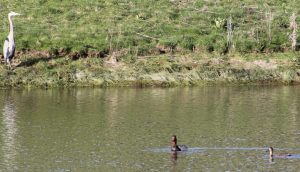 A heron arrives just in time to watch the redhead meet-up. 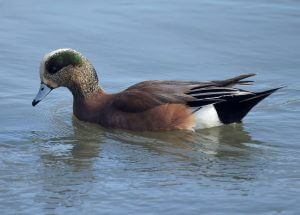 An American widgeon swims by. His bill is also blue. You know what he’s up to. And why not? Last year’s chicks are gone and there’s an empty nest.

Orange or Red Is the New Gray. 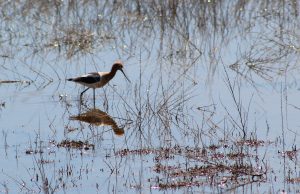 Off in the shallow water on the edge of the pond, American avocets mill around. Poking their long beaks into the mud for crustaceans or aquatic insects, they look so nonchalant. But the orangey neck tells the female he’s also looking for something else. 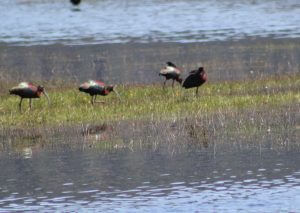 The white faced ibis turns a brilliant red during breeding season. Should be an attraction to any female. 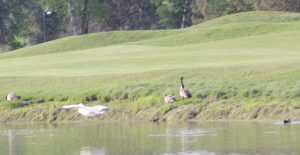 The American white pelican began arriving in Klamath on our second day. Soaring in from Southern California on a wing span up to twelve feet makes the bird resemble a seaplane landing on a watery runway. 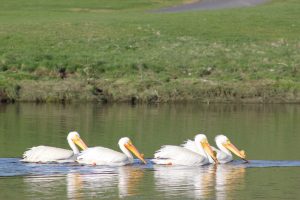 Though white with a yellow-orange beak all year, during mating season the males grow an unusual projection, called a horn, three-quarters of the way down their beaks. 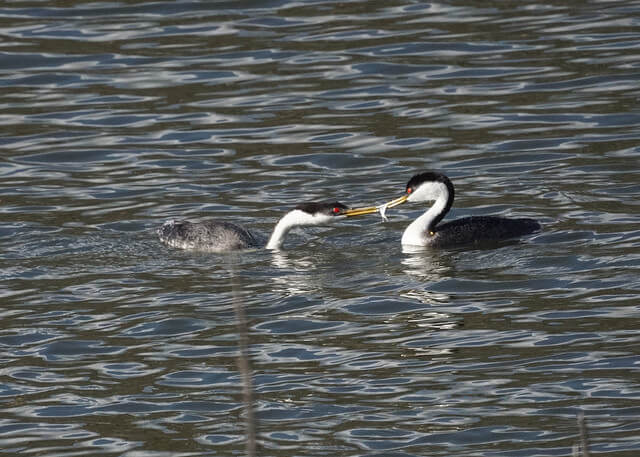 Oh to be a Western Grebe and participate in the joyful dance of love. On Klamath Lake near the resort, we walked out to a point where we spotted grebes in their beautiful mating duet, skipping on top of the water for sometimes up to sixty feet. Click on the previous link and then scroll down to watch how BBC captured this beautiful dance.

If you cannot make it to Klamath Falls this spring, consider next May or the Winter Wings Festival in February.