Oman, the Architect of Peace in a turbulent Middle East 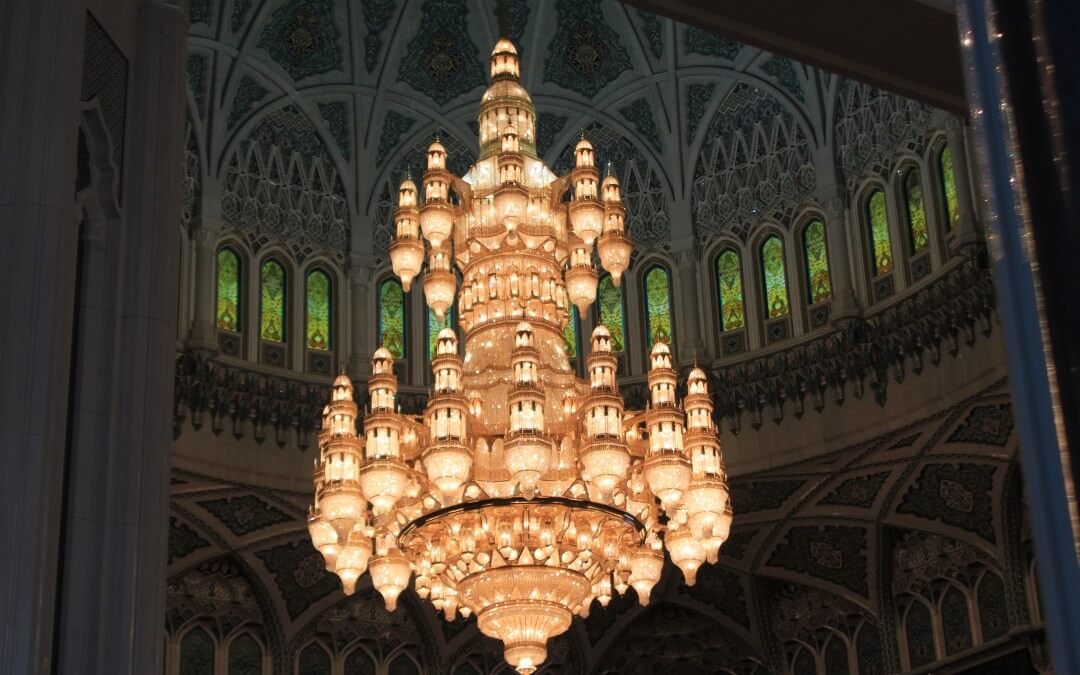 As I finish my time in the Oman’s capital, Muscat, I wonder why, with all the oil wealth, Oman doesn’t build towering skyscrapers like Dubai. They could, if they wanted to. And then I realize that the foundation of Oman’s success and stability is avoiding extremes.

Good taste and moderation reflect the soul of Oman’s enlightened Sultan, Qaboos bin Said al Said.  His signature buildings have been gifts to his people, not bragging rights to the world.

He seized power from his father, Said, with the goal of using Oman’s wealth to move the country out of isolation. Yet not with the rush or frenzy of Dubai, where futuristic skyscrapers feel like a building competition with no end in sight. Oman feels like a plan. 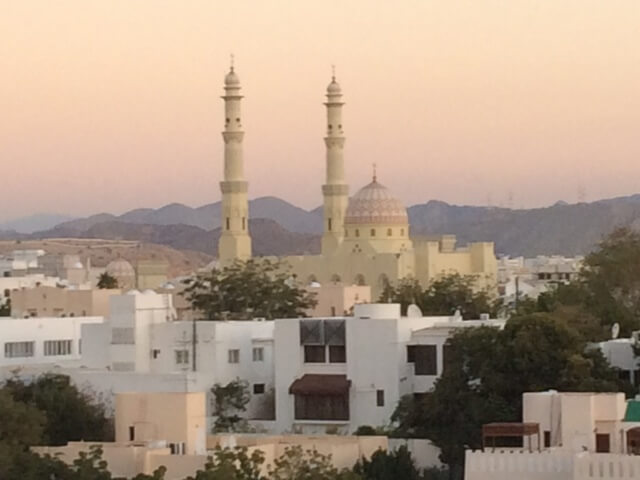 Looking across the cityscape, you see every building, uniform in color, white or tan, and uniform in height, eight stories or less. 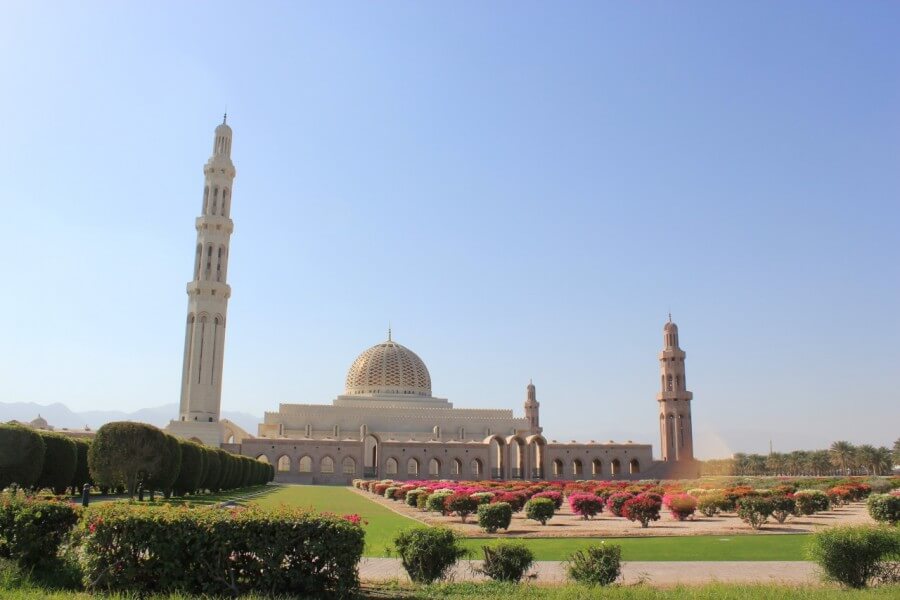 The Sultan commissioned the new Grand Mosque  as a gift to his people, commemorating his thirtieth year of power. In its extravagance, it remains tasteful. 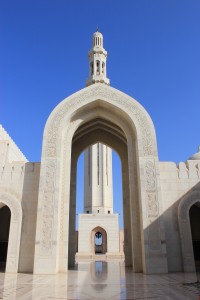 The five minarets symbolize the five pillars of Islam. (The mosque is so large, I couldn’t get all five pillars into one photo. So here’s one up close.)

Open to the public until 11 a.m., nonMuslims are allowed into most sections. I had to cover to gain entrance even to the grounds. And although this custom makes me uncomfortable, I followed the rules without complaint. If the Sultan can respect me enough to invite me in, I can return the gesture by avoiding offense.

The exterior offers a beautiful introduction to the world of Islam. 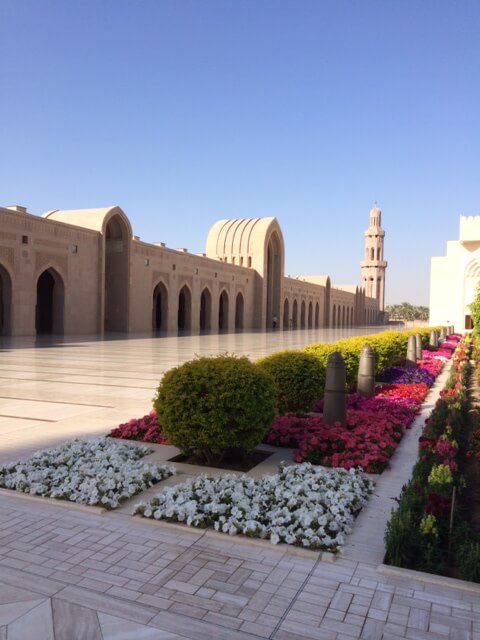 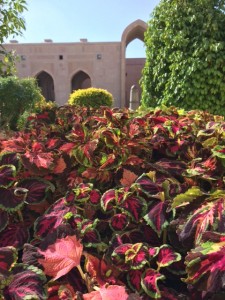 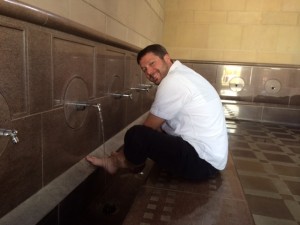 My tour began at the ablution room, where Jeff Adair explained the ritual of washing before prayer. 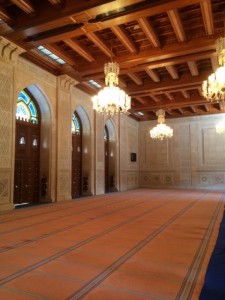 While men are required to go to the mosque, it’s okay for women to pray at home, so their space in the mosque is smaller than the men’s.

The Men’s Prayer Hall is breathtaking. 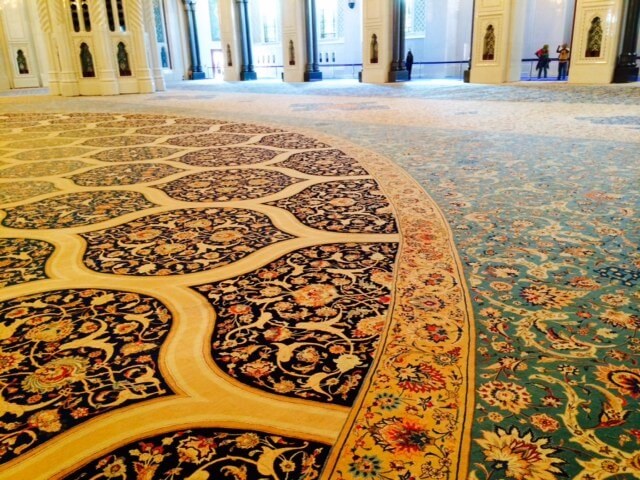 The gorgeous men’s prayer hall holds around 6,600 and may be extended under a covered outdoor courtyard. For a while the Persian carpet was the largest in the world, until the Emirates commissioned one a little larger. This one has 1,700,000,000 knots and was woven in one piece. It took 600 Iranian women four years and uses the Trabriz, Kashan, and Isfahan traditions. 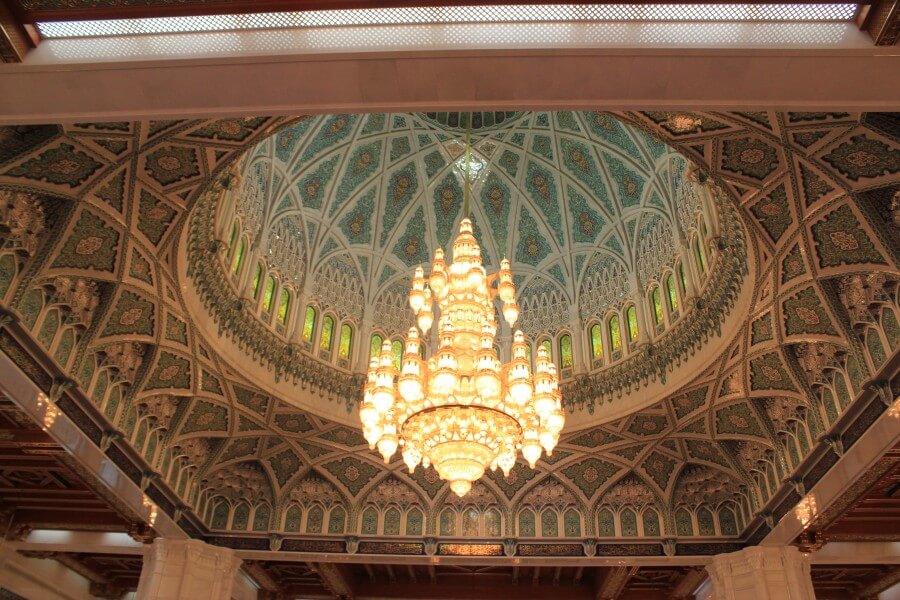 I’m attracted to anything glass, so I couldn’t take my eyes off the main chandelier, which is a little over 45 feet tall and has a spiral staircase inside for easy fixes. 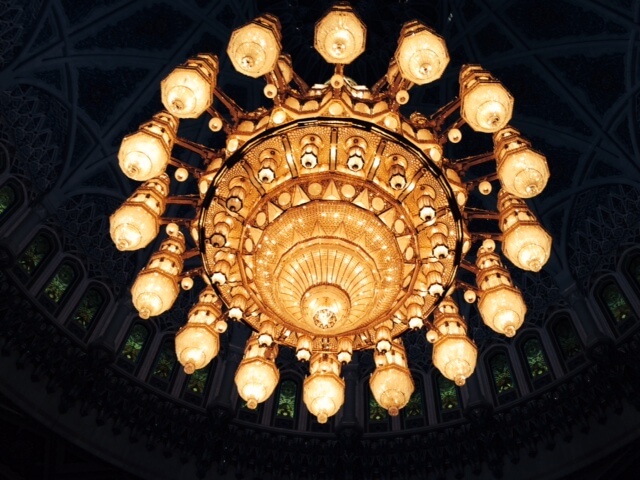 It glistens with 600,000 Swarovski crystals and 24K gold plaiting on the metal parts. 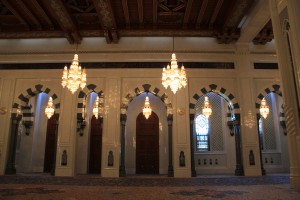 Some of the arches are Moorish. 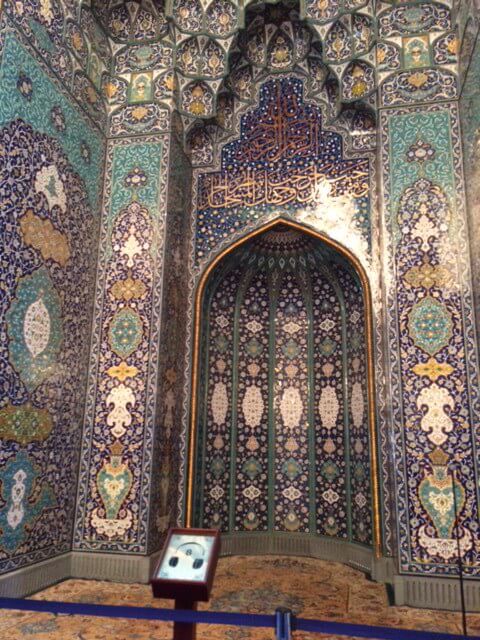 And if you have any more questions at the end, you can stop by the Islamic Center, enjoy some Arabic coffee and dates, and ask away. Friendly people are on hand to answer any questions about Islam or the Koran. 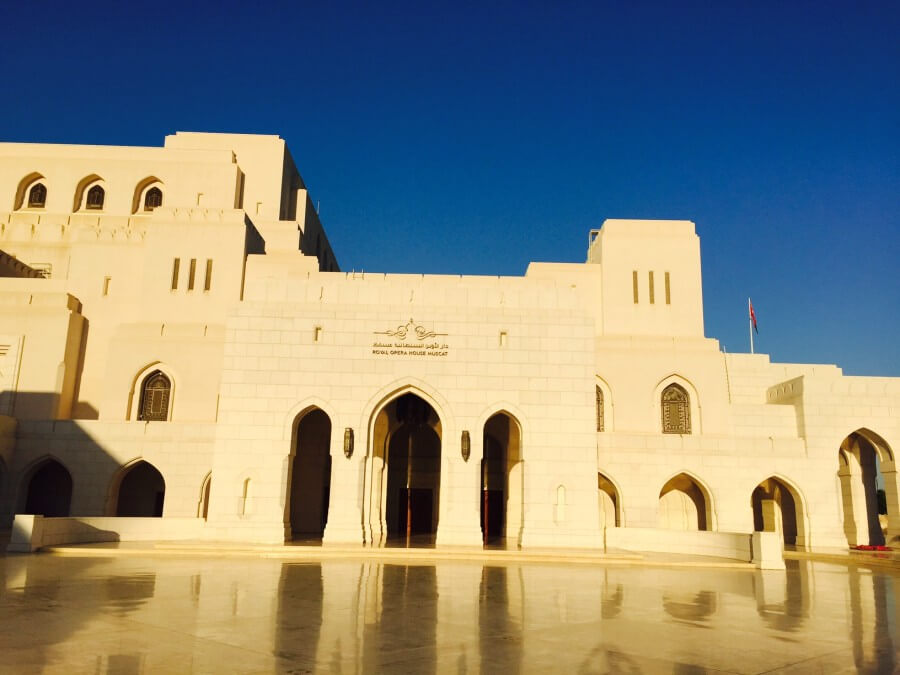 The Sultan loves classical music, so he commissioned the Royal Opera House for his people. 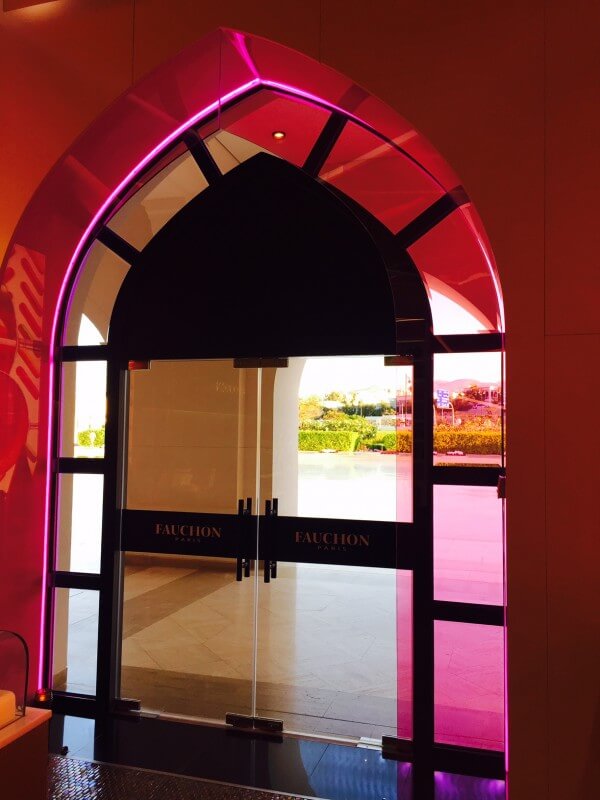 The Islamic arches carry over to the adjacent restaurants and mini mall. Above the designers have combined the traditional Islamic style with that of modern Paris at my favorite Parisian chocolate shop, Fauchon. 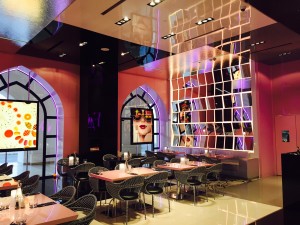 And the vibrant interior is more Paris chic than the flagship store on the Place de la Madeleine in France.

The theater of red plush seats and stunning Islamic carving has provided the venue for such greats as Placido Domingo, Andrea Bocelli, and Yo Yo Ma. But like the Sultan, who models respect for all, the Opera House offerings are diverse. Last year Jeff and Monica Adair saw New Orlean’s original Preservation Hall Jazz Band.

The Sultan has opened Oman to the world and the world to Oman. He has built a peaceful society that showcases the best of the Islamic World.

It’s time to appreciate Oman for its values. The Sultan reaches out to all nations, keeping relationships with countries of varying persuasions: Iran, the U.S. and the U.K. Rather than siding with one faction, Oman remains neutral in an effort to position itself as the mediator when nations comes to blows.

photos of Fauchon from Jeff Adair.

photos of the mosque from Perry Adair.