What’s A Gun Got To Do With It? 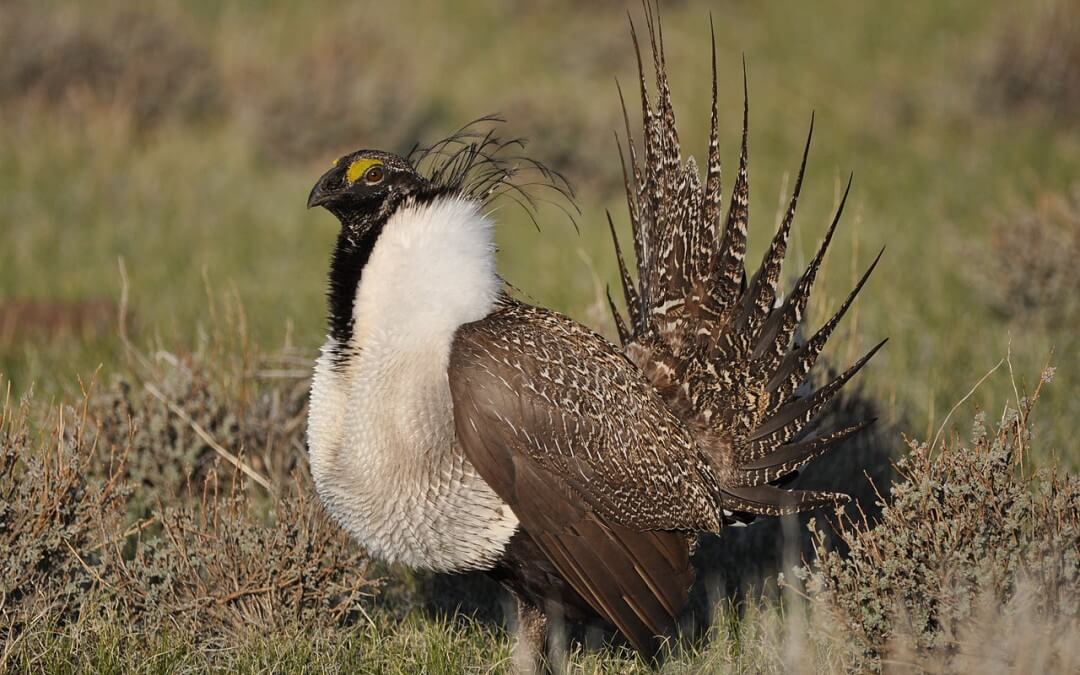 Pop the corks! Cock your guns! The Centennial Celebration of the National Park Service has begun— with an armed take-over of the Malheur National Wildlife Preserve in Oregon.

The National Park Service, John Muir’s greatest achievement, facilitates what he called “essential democracy,” equal public access to the wonders of nature and preservation of natural beauty and wildlife for posterity.

But a couple of Bundys are actually fighting the concepts of “equal” and “preservation.” Not the funny Bundys, Al and Peg. No laughs here. It’s the gun-slinging Bundys and their militia now holed up in the park headquarters building.

For two years I have been planning a trip to Malheur, but  as the time draws near I may be out of luck because the imminent danger has closed the park.

What will I miss?

The unique and elaborate mating ritual of the greater sage grouse, which happens only from February to April. For hours in the very early morning, the males puff up their chests, fan out their spiky, mottled tail feathers, and strut their stuff on the lek, the West’s ancestral mating grounds in the Sagebrush Sea. When females gather round, the males work hard for the payoff, putting on an incredible show. Competition is fierce, and only a few males win, so, conceivably, one could mate with eighty females while the guy next to him remains frustrated until next spring. Check out this video.

In 2010 the sage grouse was declared endangered. This led to cooperation between local ranchers and the Bureau of Land Management. And although the breeding grounds have greatly shrunk, the two groups worked together well enough to not only preserve the population but increase it to the point where the species could be removed from the list last September. Working in concert is a beautiful thing.

Continuing to conserve the sage grouse benefits their population as well as those species who share their habitat, like elk, mule deer, trout and almost 200 resident and migratory bird populations, including sandhill cranes. But if the militia have their way, the breeding grounds will be given over to grazing for cattle.

The Dangerous Intersection of Ranchers and Government

American history is full of land use conflicts between ranchers and government authorities. But according to last week’s NPR interview with Judge Steve Grasty, Oregon’s Harney County has a history of working out its own problems. Citizens did not call for Ammon Bundy and his band of militia to travel from out of state to fight their battle. When the trespassers were told they weren’t welcome, they refused to leave, so Grasty is billing them for their stay.

The militia see themselves as Robin Hoods, fighting against the big bad government. But hold on there, pardner. The government R us, you and me. The militia want to take land from the many and give to the few.  They want to end the national public trust so locals can decide local issues. Sometimes local decision-making works, such as when parties compromise like those in Harney County. But following the Bundy logic and privatizing all American land will work against the common good.

Some areas of our country are just too valuable to be left to the whims of a small group’s immediate wants. This is why one hundred years ago John Muir fought to stop the loggers from decimating the redwood trees inside Yosemite. Some American land must revert to the public trust in the best interest of all, which includes the preservation of the wildlife at Malheur.

So for the good of mankind, the Bundys should take themselves and their guns back to wherever they come from these days, be that Idaho or Arizona, where, by the way, unregulated land use has already wiped out that state’s sage grouse population.

Next week:  Never Run From a Gorilla